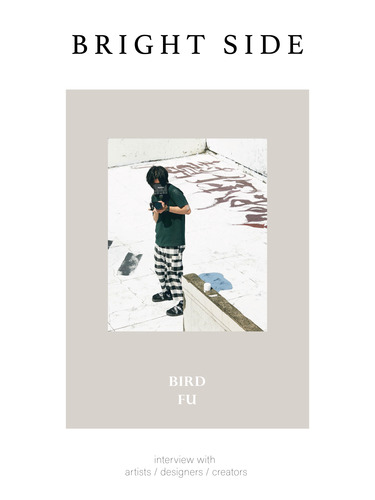 Bird Fu, as oppose to photography,
he has much stronger passion towards motion images.
With his unique aesthetics and structure,
he is transforming every motion imagery into stories. 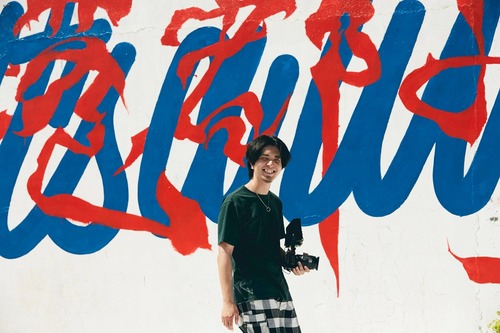 When did you encounter film making,
and how did you end up becoming a professional film maker?

I participated in a youth documentary film making summer camp
when I was in my third year of junior high school.
Everyone in the camp was college students except me.

During this time we were divided into teams to
shoot and create a themed film.
Since I was the youngest in the group,
I got the job no one wants to do, which was film editing,
the role that will be responsible for
the final outcome and its’ quality.
Under the stress I ended up in the library
self learning the editing software.

This was the time where we are still using window 2000 and
YouTube wasn’t popular yet, so the only way
I can learn is to buy related books to study.

After the summer camp, I learned the skills to edit films.
I then started making short films and
progressively share them onto social media.

So I will say I started out as a film editor,
then I wanted to edit the images
and stories in my mind, so I become a film maker.

Is your education background related to work？
I studied Visual Communication Design in university.
During this time my work started getting noticed so
I was offered to work as an editing and filming assistant
by a media company, and I continued working till now.

Why do you like film making especially？
When I was a kid I love reading comics,
I love the idea of telling stories through images.

I am not good at drawing, and don’t particularly like it either.
But though editing, I realise I can use camera as a medium to
actualise creations in my mind, therefore I started using film
as a way to communicate my thoughts and creativity.

What kind of theme do you like？
Anything that's interesting I want to make it into a film.

Where do you get your inspiration for creating films?
In the early days I will reference works of some creative geniuses online.
Nowadays my inspiration are more coming from improvisation.
I like to feel the moment and adjust the content I am shooting accordingly.

What will you do if you are uninspired？
I will seek relaxation on a spiritual level.
When your mind is cleared out,
inspiration will com in.

What do you think is the most important thing in filming？
Perspective, style
(for eg. the soldier on the field can only see the enemy in front of him.
But the general will be able to see the complete layout.)

The wider your perspective are , the more detailed you will notice.
Your work will become more valuable when you can
produce something with more distinguishing features.

How do you widen your perspective?
I think thinking and observation ability will allow
you to see perspectives people don’t normally see.

There are many ways, an easier way to understand is allowing yourself to
be in a state where you are focused yet not over anxious.
Anxiety will easily create inflexibility in your thinking.
In my earlier years I do a lot of preparation work before any shooting
because I want to excel my performance,
hoping I will be able to create the same level images
these online geniuses I admired created.

But if I fail to meet this expectations I will feel disappointed internally
and it will effect the quality of my work gradually.

Eventually I found a way to adjust my emotions,
and I stop limiting myself in one specific method,
and I can then see more fluid and creative ways.

When do you do in your free time?
House work, watch movies, chat to people.

Is there any film maker or artists you admire?
Travel documentary film maker, Brandon Li

Will you bring camera with you when you travel aboard?
Yes, my original intention of learning filming making is to make fun videos
of my friends and I for documenting happy memories.

Do you use your intuition when making films?
Very often, but I think intuition is a reflective action
of experience and long duration practice.

How do you start conceptualize a film in the beginning?
The concept for every film is different,
so I normally create a beginning for the film I am making this time.

Because when you have a story you can
then start filming and use your imagination along the way,
the same time you will know what elements are missing.
You will normally be able to find the ending scene during the filming.

Try to guide the film maker to shoot the images in your mind,
the same time construct and think about what images are still missing.
Try to edit the images that has already been filmed in your head,
and ask yourself does it make sense and coherent.

This way not only you will create beautiful images,
but the same time keep the audience excited.

If you have not become a film maker, what will you be doing now?
I encounter many jobs before becoming a film maker,
so I don’t really limit myself in that way or thought about it that much.
I don’t think being a film maker will be the last job I ever do in my life,
let see if I can survive in the market first.

What’s the hardest part in your job?
Editing… editing film is not like editing photos,
can’t listen to songs I like to listen to.

I need to think about how to arrange the imageries in different ways to best tell the story,
so the audience will be interested to watch, even want to share it.

To create something that resonate with the audience.

What’s the hardest filming experience?
I was invited to team up and film with a group of professional and passionate people in 2017.
When we got the first prize, I have unprecedented identified and agreed with the law of attraction.

What keeps you energised and motivated?
Continue to film life related short films.
Curiosity is my motivation moving forward,
because this is something I am interested in so
I want to continue learning to become more specialised.
The only way to sustain energy is through passion.

It’s hard to sustain anything when you don’t have passion.

Last question,
how much do you love your job, if 100 is the highest score? 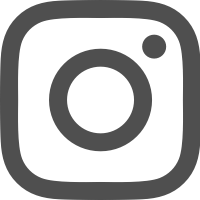